In 1988 the Holy Cross Convent was placed on the market.  Tina Banitska approached the nuns directly to discuss her plans for the majestic old building.  The Presentation Sisters were moved by Tina’s sympathetic vision to restore the building to its former glory retaining its religious and historical significance. 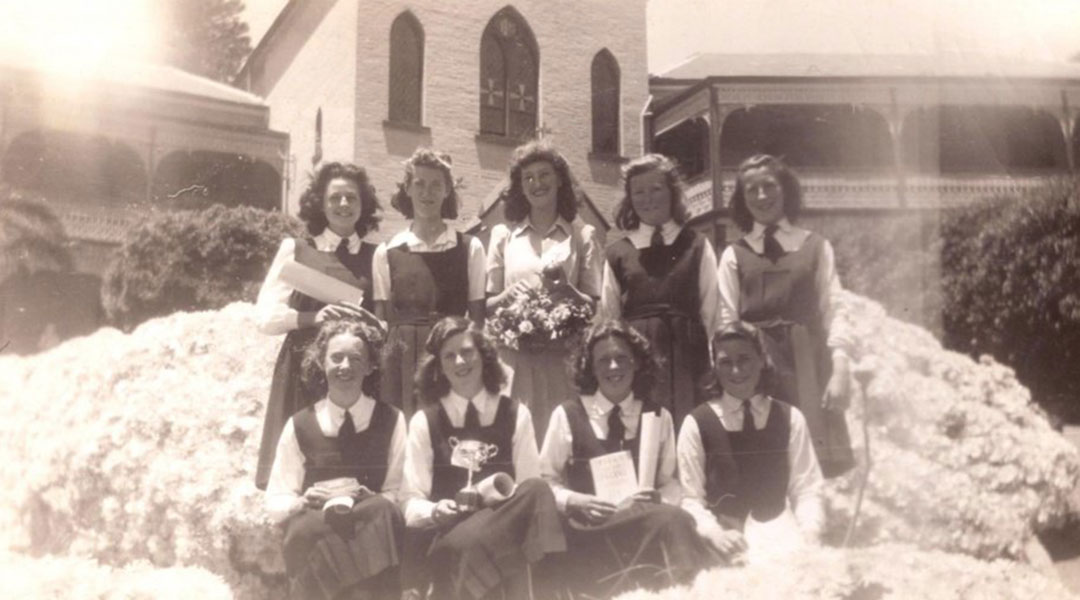 The social changes of the 1960’s  presented new challenges for the Presentation Sisters – a decline in the number of nuns entering the Convent, and dwindling student numbers.  This led to the boarding school officially closing in 1973.  Reverand  Mother Agatha, suggested that the building be used as a Community Centre, hosted by locals for locals, the sharing of knowledge and skills. The Community Centre ran for many years before the decision was made to sell the Convent. The building lacked adequate heating and required a tremendous amount of maintenance.   It was decided that more suitable accommodation should be found for the nuns. The remaining four nuns moved to a newly built convent beside Daylesford’s St Peter’s Church, in 1981.

Sadly, the Convent and its gardens were left to decline into dereliction.

The nuns sought a new owner who would give the property new life.  Tina Banitska was that person!  The nuns felt reassured that Tina would give love and respect to the building they called home for ninety years.  Over two years the old convent was skilfully transformed.

Substantial reconstruction was necessary along the north face of the building. The makeshift fibro boarders’ dormitories were pulled down, as were the some of the nuns’ living quarters. This was replaced with a striking north-facing wall of Gothic windows and a glass ceiling, creating a light filled atrium for the café.  Internal renovations were a nightmare. The old slate roof had leaked for years causing major damage to the ceilings, walls and floors. The roof was redone following the original design, using slate from a building under demolition in Melbourne. The workmanship in the roof can be seen from the bell tower. With the roof repaired, the ceilings were replaced or restored and the walls sand-blasted and hard-plastered. The building was rewired throughout and three hundred spotlights were fitted. Extensive plumbing was necessary and heating was installed.

There were many challenges along the way, especially financial.  In fact, just before the opening, the bank vowed to foreclose the project.  Despite this, the building re-opened as the Convent Gallery on Easter Saturday, March 31st 1991.  Over five thousand visitors walked through the doors on that momentous weekend.

The Convent acknowledges the traditional owners, the Dja Dja Wurrung people, on whose land we meet, share & work.
We pay our respects to their Elders past, present & emerging.