The founding of the Holy Cross Convent 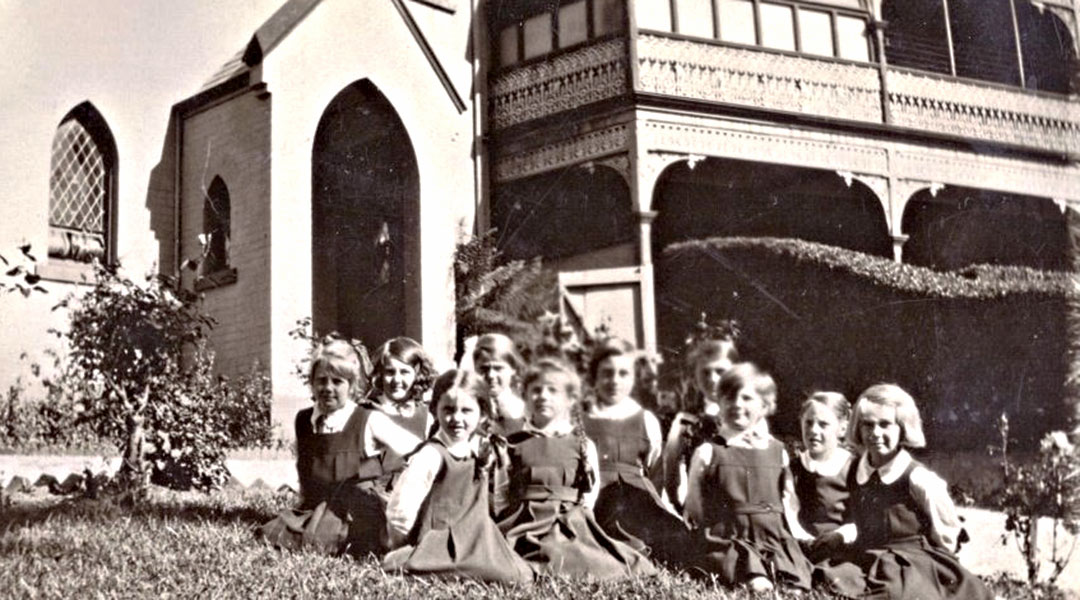 In January 1890 the building (previously a private home) was transferred to the Catholic Church as a Presbytery for the Daylesford priests. However, the priests considered it ‘too uncomfortable’ and a new presbytery was constructed elsewhere. In 1891 the building was passed over to the Presentation sisters of Melbourne for use as a convent. And so began the life of The Holy Cross Convent, Daylesford.

Mother John Byrne, founder of The Holy Cross Convent, Daylesford, was accompanied by five sisters when she arrived in Daylesford in late in 1891. Their mission, as advised by Archbishop Carr of Melbourne, was to create a ‘source of light and edification’ for the people of Daylesford. The Sisters’ new home was an attractive Italianate building on the side of Wombat hill.

The Convent had been home to several early colourful characters of Daylesford. The controversial gold commissioner, Mr J. Daly, who lost his job after allowing miners onto the police reserve, is recorded as the first occupier of the residence. However, Mr William Drummond who died of a snakebite after challenging the credibility of a purveyor of an ‘antidote’, is also recorded as the original owner. The McGillveray family later occupied the residence, which became known, as ‘Blarney Castle’. Next, was Mr Richard Malloy who purchased the building as a town house so that his several daughters ‘could entertain in a manner likely to attract suitors other than poor Irish Cousins’. (Mrs Hyde – The House on Wombat Hill)

In January 1890 the building was transferred to the Catholic Church. The Most Reverend Thomas Joseph Carr of Saint Patrick’s Cathedral, Melbourne, and two leading Catholics were signatories to the transfer. The building was to function as a Presbytery for the Daylesford priests who considered it “too uncomfortable” and a new presbytery was constructed in the grounds of St Peter’s Church, which had been established some years before.

In 1891 the building was passed over to the Presentation sisters of Melbourne for use as a convent. And so began the life of The Holy Cross Convent, Daylesford.

THE CHAPEL
When the Presentation Sisters arrived in Daylesford they abided by the principle of enclosure. They lived within the grounds of the convent not even attending Sunday Mass in St Peter’s Church, a short walk away. Instead, the priest said Mass at St Michael’s, which was the primary school adjoining the convent.

Turning the building into a Church-School resulted in the virtual abandonment of St Peter’s. Nine years of climbing Wombat Hill to Mass – and it is steep – caused a few murmurs from the parishioners, particularly those who passed the empty St Peter’s on the way. Eventually a dispensation for the nuns was attained, and at the beginning of the century the sisters of Daylesford started going to Mass at St Peter’s in an enclosed carriage. Tapestry curtains were hung round the front pews to shield them from the congregation’s gaze, but after a few years, this was also dispensed with. (Kane)

In 1904 with a large portion of the debts on their first building project paid off, the nuns received permission to build a chapel. Being an enclosed order, the Presentation Sisters, would have their own place of worship and the difficult trip by coach to St Peters came to an end. The Reverend Mother successfully appealed throughout the parish for assistance to help cover the cost of one thousand, six hundred pounds, (about $3,200 in dollars at that time) of construction.

The first service was held in the Chapel on 11 January 1905. The ceremony was performed by the Reverend Father Gough. Sisters Stanislaus, Gertrude and Columba were professed at the service.