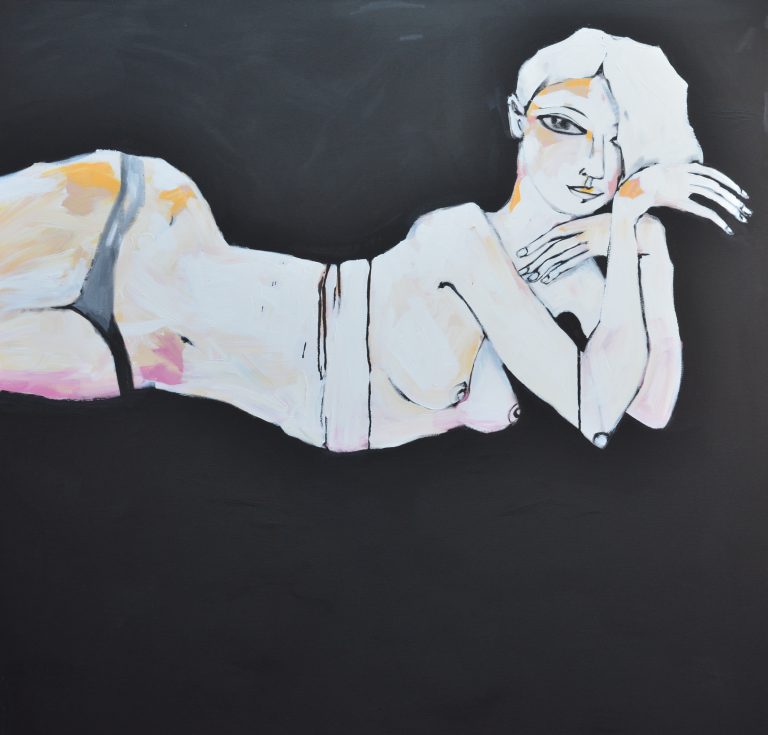 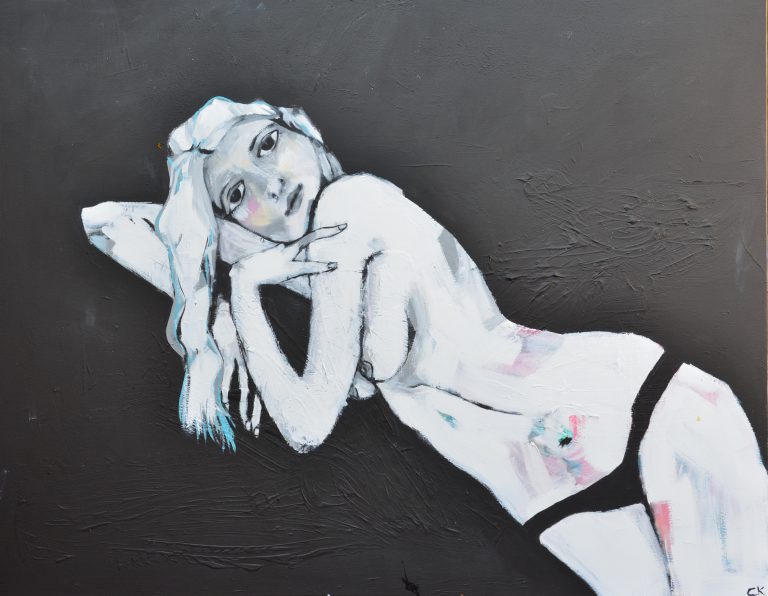 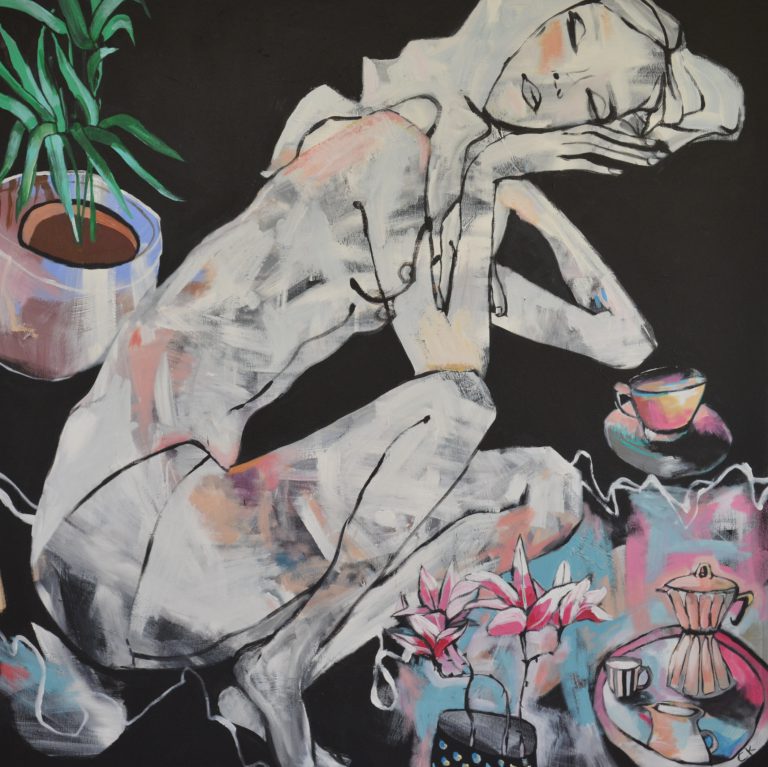 Kirkup’s work captures the softness and vulnerability of a certain moment in time. Mostly working in a semi abstract style using friends and models as muses as inspiration, she endeavors to create a familiar emotion in her work that encompasses the pursuit and need for calm, relaxation and quietness. Using texture, strong line and dry brush strokes, she depicts the female form, and everyday objects in their natural surroundings. Her attitude to life is reflected in her application of strong colour.

Flat composition spread across the canvas inspired by Japanese Print work, coupled with her relaxed women, exude a familiar state of being. Her current works portray a simple romance and desire, and set the tone of a blissful state of surrender.

Summary of Exhibitions and Awards