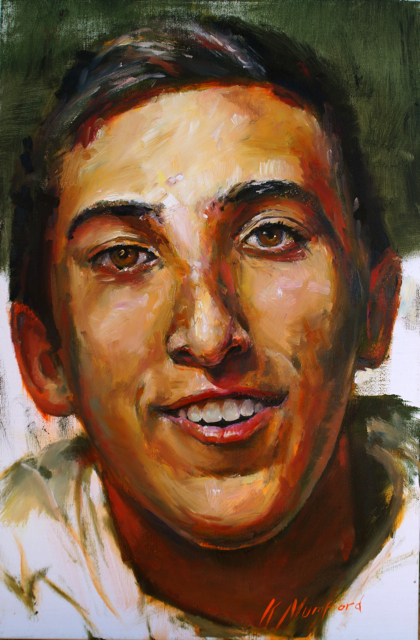 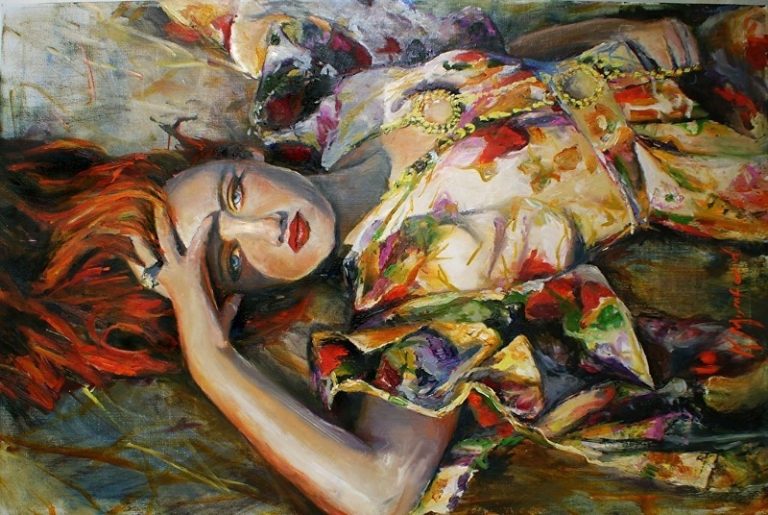 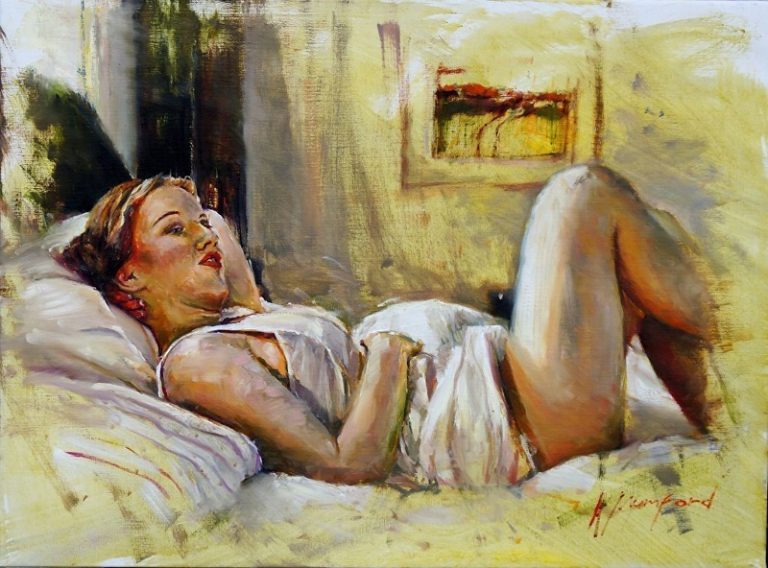 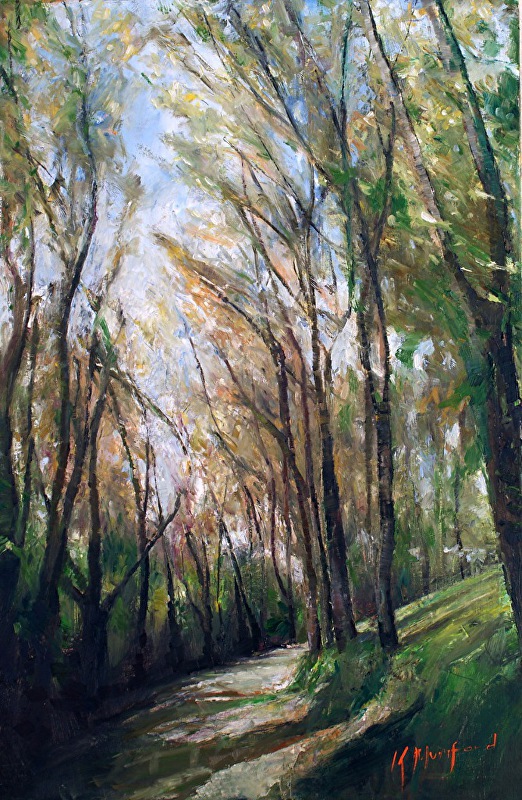 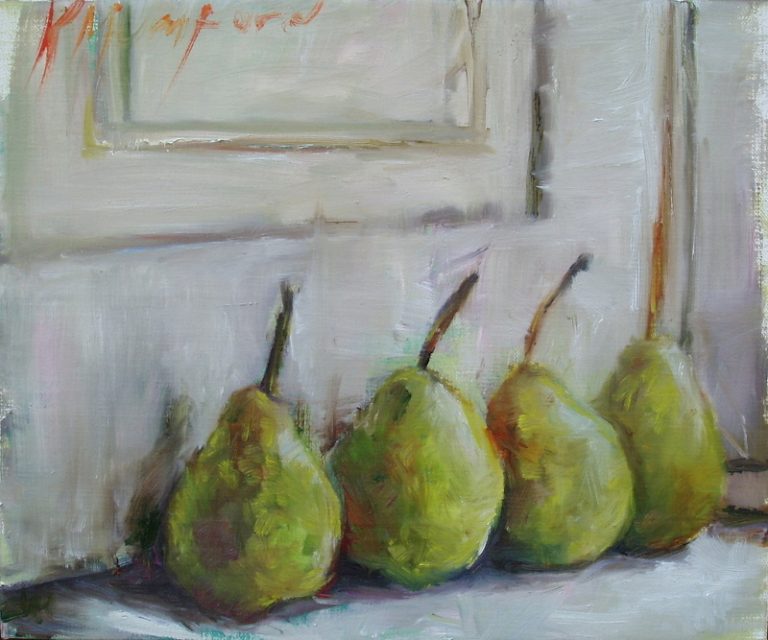 Kristian Mumford [b. 1980] is a professionally trained and self-taught Australian artist with more than 14 national and international awards to his credit. Whilst completing his post graduate degree in Landscape Architecture as artist, Mumford was mentored by leading master of watercolour, Joseph Zbukvic. Confidently working between NSW, Victoria and South Australia, under White Wave Studios (member of the SA Art Trail), with landscapes and figurative pieces, Mumford draws inspiration from classic masters including, Sir Hans Heysen, William-Adolphe Bouguereau and John Singer Sargent; as well as modern living artists, Ji Chen, and Jeremy Lipking. In the summer, he follows Hans Heysen’s footsteps in the grand coastline and mountains of Fleurieu Peninsula, in remote locations where he paints and collects references.

Skillfully evoking the warm romantic beauty of the Southern of Australia has made Mumford not only highly collectible, but one of a rising generation of artists breathing new life into the Australian figurative & landscape tradition.

Mumford’s impressive achievements and enormous success are due to his ability to transform any subject matter into visual poetry. He is a avid composer and illumist, and his painterly approach extends to most categories. Throughout his short, yet illustrious career, he has established his own business, written books, released hundreds of paintings, is a property caretaker, and a humanitarian; donating his time and resources to several charities and also for community arts and environment. He was invited to be trained as a Creative Adult Learning Facilitator, launched a Friends of Group and a National Tree Day for an area on the Yorke Peninsula, and has attended talks with His Holiness, the Dalai Lama.

Mumford honors his family and ancestors through his work and philosophies, with major influence coming from his Mother, Jenni, grandfather, Gerry Hough OAM and father, Clive Mumford, who has been a farmer and champion sailor for over 40 years.

His work is held in the collections of the Art House Hotel (New South Wales), and numerous government and private collections throughout London, southern USA and Southern Australia.
Kristian Mumford’s painting is elegant; smooth, richly layered, and dusted onto the color picture plane with lucent virtuosity. The portraits are commanding and seductive, the females attractive and sometimes bare breasted. The Landscapes illuminating, and masculine. However diverse, Mumford’s art work offers a glimpse into another’s soul, which in turn will give you a glimpse into your own. These, he believes, are the central reasons why we are driven to create and to appreciate the creations of others. This can be seen in the soft layering of true colour, traditional brushwork and paint handling, and strong draftsmanship. Mumford states that he is inspired by many masters, muses and life.