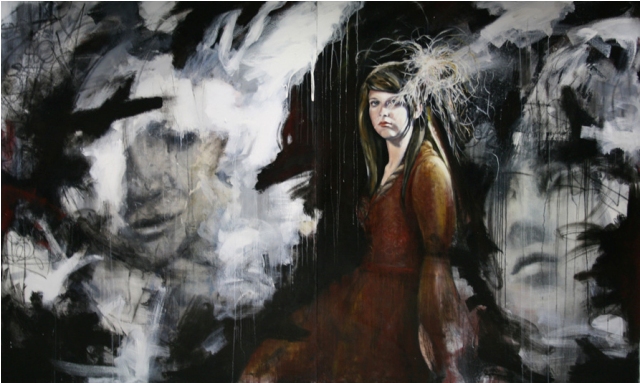 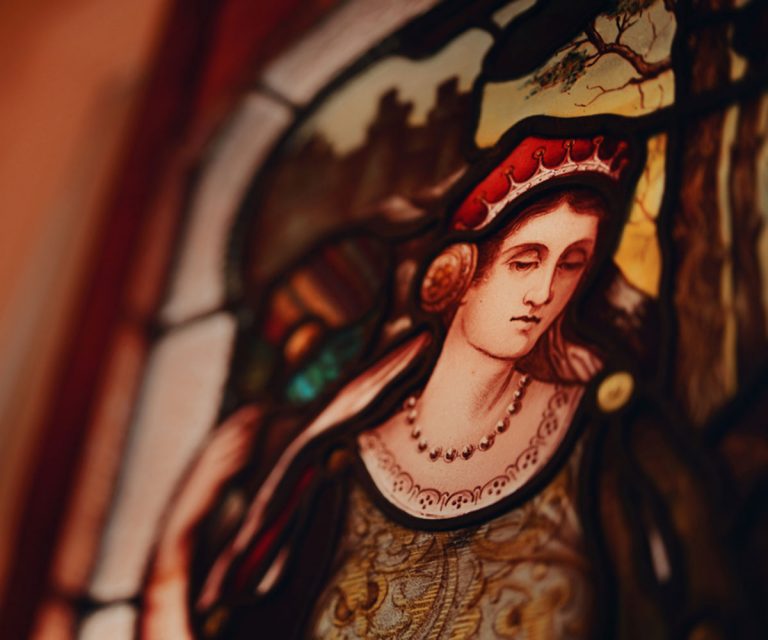 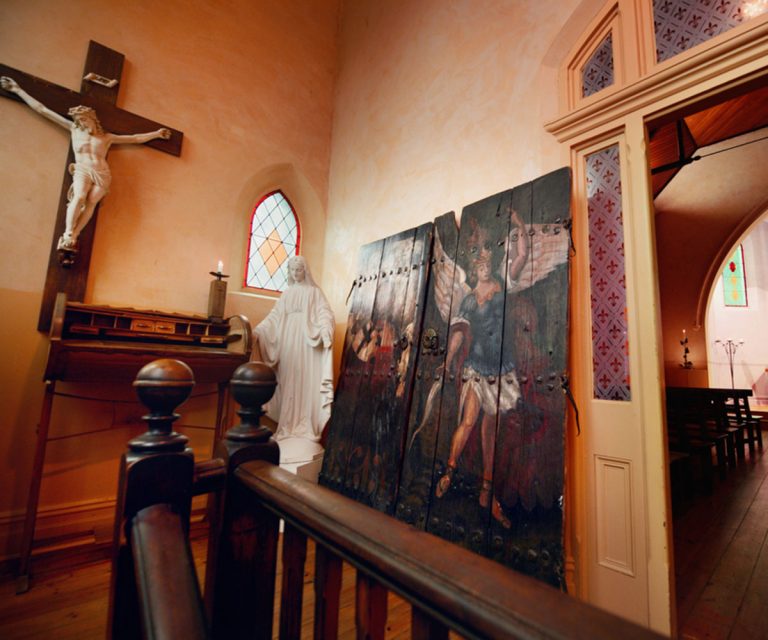 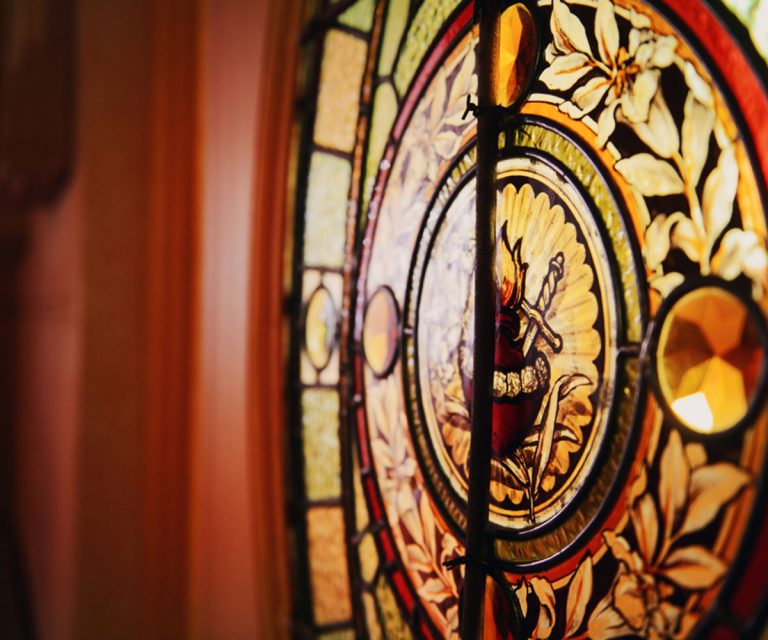 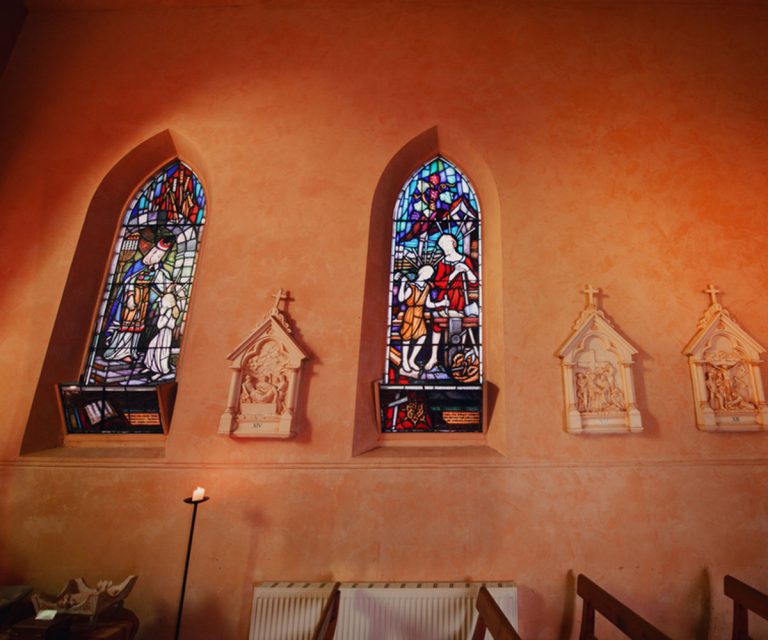 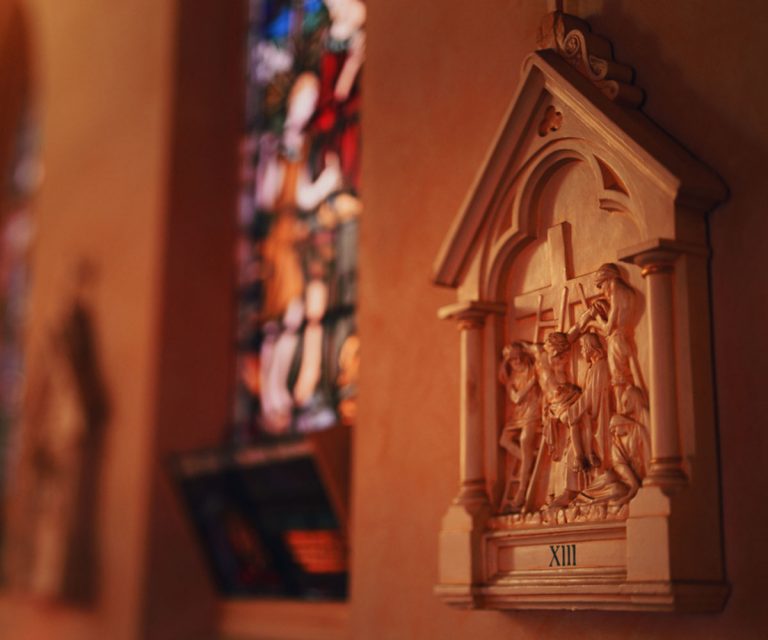 Spiritually has always been part of Lee-Anne’s life since being small child on her grandmother’s knee, where she would have prayers recited and hymns sung to her…. Lee-Anne cannot remember a time where she did not believe. Her Grandmother would proudly profess to her visitors that her granddaughter was destined for the “Service.” Quite differently to other children of the same age of 5 who would dress in princess costumes, Lee-Anne had a black cloth neatly bobby-pinned on her head; she thought being a nun; in the service of God was the most gallant and “princessly’ thing to do.

As the years progressed Lee-Anne did not ‘head to the nunnery’ but instead uses her deep spiritual commitment as her major driving force in her work, not only in her imagery but also as an expression of her own spirituality as worship and of her ‘Service’. Lee-Anne’s work sits on what she calls a ‘Secularly Religious Platform’, using secular figurative and non-figurative imagery to talk about the Holy, a concept that has been deeply influenced by the Baroque period and in particular Italian sculptor Gian Lorenzo Bernini and Spanish Baroque painter Diego Velazquez.

Lee-Anne is a practicing artist residing in Bendigo with her husband and three children and is currently undertaking a Phd in Fine Art. Her art career over the past years has involved inclusion in major Australian Art prizes such as the Coburn Prize (Blake Society), the Blake Prize (Sydney) 2007,2009, and the Tattersall’s Landscape Prize (Brisbane), Redeemer Lutheran Foundation Religious Art Award and the National Tertiary Art Award, among others. Her work has been exhibited widely, including Sydney, Melbourne, Brisbane, China, USA and now in Europe. Her research focuses on the Seventeenth Century Baroque period and Italian artist, Gian Lorenzo Bernini, who created a new innovation in art, called the Bel Composto, meaning ‘Beautiful Whole’( a unity of the three mediums of painting, sculpture and architecture, that came together to create a new unified medium) Within Bernini’s compostos he constructed celestial environments, particularly within chapels, that were aimed at transporting the viewer to an alternate reality, or to shift their thoughts to the more spiritual things of life. Lee-Anne’s work is a reinterpretation of the Bel Composto, within the context of contemporary art practices and society particularly looking at the concepts of concealment and disclosure and the interweaving of life and spirituality.

During her years at University, Lee-Anne has received scholarships, for both artist and academic endeavors including a Commonwealth Australian Postgraduate Award for her Masters and again for Doctoral Research, an International Universities Scholarship for study at James Madison University, Virginia in the USA and a travelling research scholarship to Europe in 2008 that highly influenced her current work.

Lee-Anne was also invited in 2010 by Blake Directors to participate as one of the 15 Australian artists in the ‘Stations of the Cross’ Exhibition in Sydney (a sister exhibition to the Blake Prize) alongside major Australian artists, such As Euan McLeod, Elizabeth Cummings, Amanda Penrose-Hart, Lachlan Warner and John Peart.